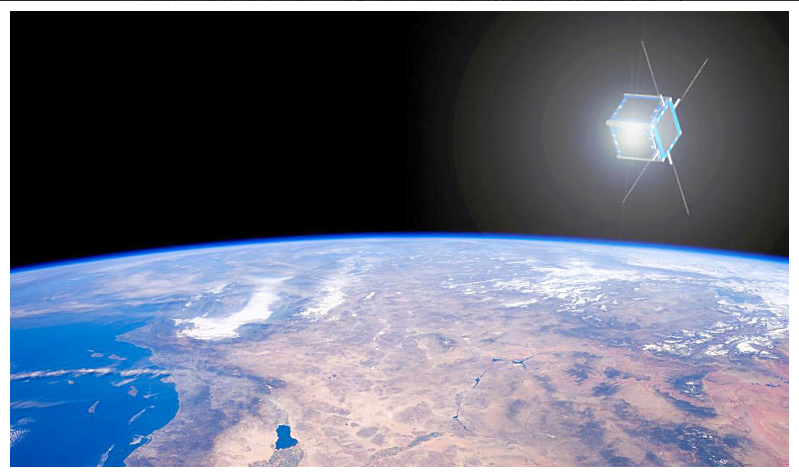 NASA has selected LightCube along with 13 other small research satellites to fly as auxiliary payloads aboard rockets launching between 2022 and 2025. The launch opportunity is provided through NASA’s CubeSat Launch Initiative (CSLI). Being designed, built, and tested by an interdisciplinary team of students, advisors, and engineers across multiple organizations, LightCube is a microsatellite educational mission that aims to produce a light visible to the naked eye on Earth. The spacecraft’s two xenon flashtubes will be triggered via amateur radio.

When the light beacon is activated, the 1U CubeSat will be visible momentarily — each flash will last just 8 microseconds — from the ground, with a brightness similar to the International Space Station. Following ISS deployment, LightCube will orbit Earth for approximately 2 years before safely deorbiting.

Here’s how it will work: A radio amateur with a hand-held transceiver will wait until the satellite is roughly overhead, as determined by a smartphone or computer app. The user will transmit a predefined number code, and if LightCube is charged, it will flash. The satellite then requires 30 seconds to recharge the capacitor that fires the xenon light tubes. At this point, no frequencies have been coordinated for LightCube.

The idea itself is not novel. As the LightCube sponsors note, Fitsat in 2013 used high-power LEDs to transmit Morse code. Equisat in 2016 could produce a beacon visible to the naked eye.