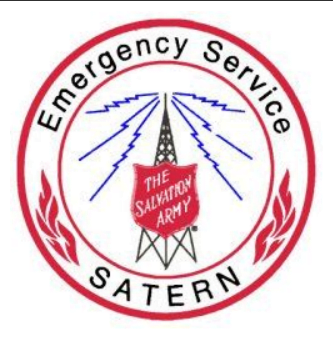 The Salvation Army Team Emergency Radio Network (SATERN) launched a new SATERN International SSB Net on June 2 on 14.325 MHz. Net sessions will take place Mondays, Wednesdays, and Fridays at 11 AM Central Daylight Time, in cooperation with the Hurricane Watch Net (HWN), which has used 14.325 MHz for many years during its own activations. Just down the band, another net sporting the same SATERN acronym — the Strategic Auxiliary Team Emergency Readiness Net — has established itself on SATERN’s former frequency of 14.265 MHz. The latter net was organized by Lee Glassman, WA5LEE, a former manager of the original SATERN. The Salvation Army made the distinction clear in its announcement launching the new SSB net on 20 meters.

The SATERN split will entail a new “updated and revised SATERN website” in the near future, The Salvation Army (TSA) said in its announcement. The new SATERN under Glassman has established its own web presence. Heaver said the TSA SATERN will re-establish a web presence soon.

On his QRZ.com profile, Glassman, an Assistant Emergency Coordinator for South Texas District 14 Amateur Radio Emergency Service (ARES), cites “a conflict of ideals.” Among other things, he said he was put off by a building list of requirements imposed by The Salvation Army that included credentialing and background checks.

Glassman told ARRL that the net retained the SATERN acronym because it was familiar to net users, “plus the fact that TSA pretty much decided to dissolve the daily 20-meter net with no plans to replace it, and we did not wish the regulars to be kept hanging. We changed what the acronym stands for. We also have a pending trademark on the name and logo.”

Glassman said that if TSA had displayed any desire to continue the daily net, “we would have gladly backed off and let it continue under TSA.” He notes that SATERN began as an independent organization that was an adjunct to The Salvation Army.

“We do not disparage TSA, nor do we permit others to do so,” Glassman said. “We wholly encourage everyone to support TSA, ARES, ARC, and any other group that they wish.”

Glassman lists himself as co-manager of the Strategic Auxiliary Team Emergency Readiness Net, along with Ned Griffin, KL7QK. The net says its purpose is to provide backup communication support during disasters for those in need.

The Salvation Army said SATERN’s mission is providing effective emergency communications via amateur radio and other communication modes to provide a wide scope of assistance to disaster survivors during a disaster operation. “In carrying out its mission, SATERN recruits skilled volunteer radio amateurs who have been trained in disaster communications and other emergency disaster response practices,” TSA said in its announcement.