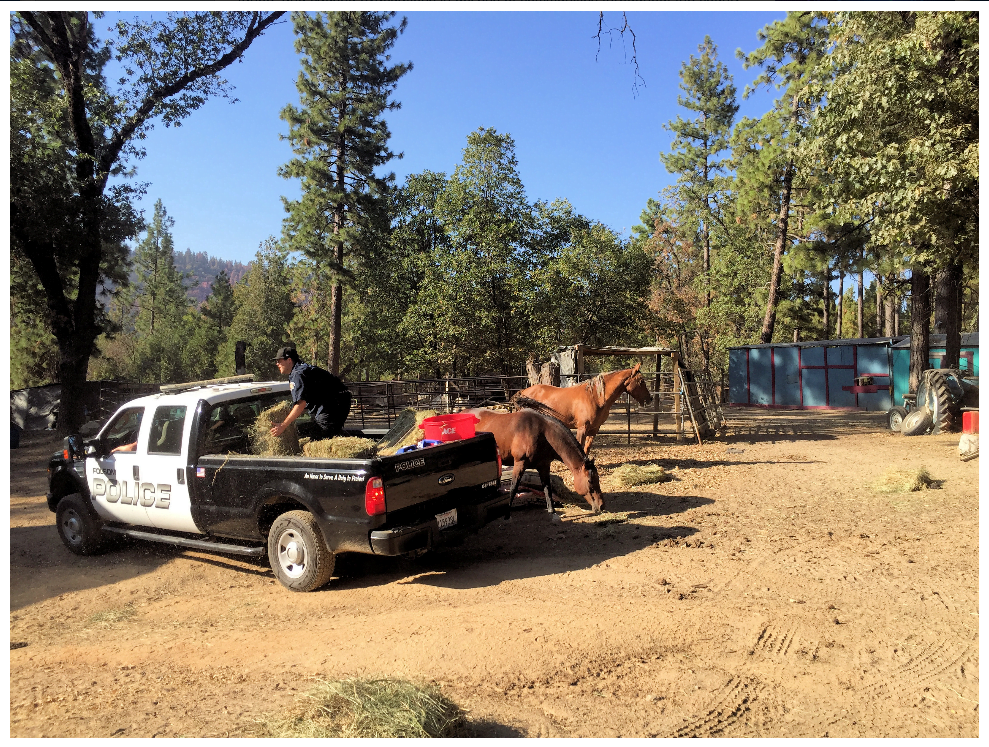 The El Dorado County Amateur Radio Club (EDCARC) has been providing radio communication support for small and large-animal rescue efforts during the Caldor Fire. Members of the South County Large Animal Rescue (SCLAR) group, El Dorado County Animal Services, and other volunteers have been addressing the need. Many of the EDCARC volunteers are also members of the Club’s Neighborhood Radio Watch program.

As the Caldor Fire destroyed the community of Grizzly Flats, threatened Lake Tahoe, and caused evacuations in dozens of communities throughout the county, thousands of area residents were forced to flee their homes without having time to round up their pets and livestock.

“We desperately love our animal companions, whether big or small, and being separated and unable to care for them in the midst of a disaster is truly heart-wrenching,” said Alan Thompson, W6WN, the club’s Public Information Officer. “Because of the mountainous terrain, many of our neighborhoods already had little or no cell or internet communication, and the fire only made things worse.”

Thompson said the club quickly deployed its Mobile ARES Communications Center, maintained by Jay Harmor, KE6GLA, which is in service as central net operations. Several members stepped up, including Dale Dennis, KJ6HHY, from Yolo ARES, and Tom Newman, NN6H, from Alameda County RACES (and part of the Alameda County Sheriff’s Communications Team, to volunteer their time and radios to accompany the animal rescue teams dispatched into impacted areas. Teams of SCLAR members, Animal Services personnel, public employees, and radio communications staff have been conducting daily animal rescue missions and welfare checks throughout the impacted areas. Until residents are permitted to return, these teams are providing food, water, and care to abandoned animals.