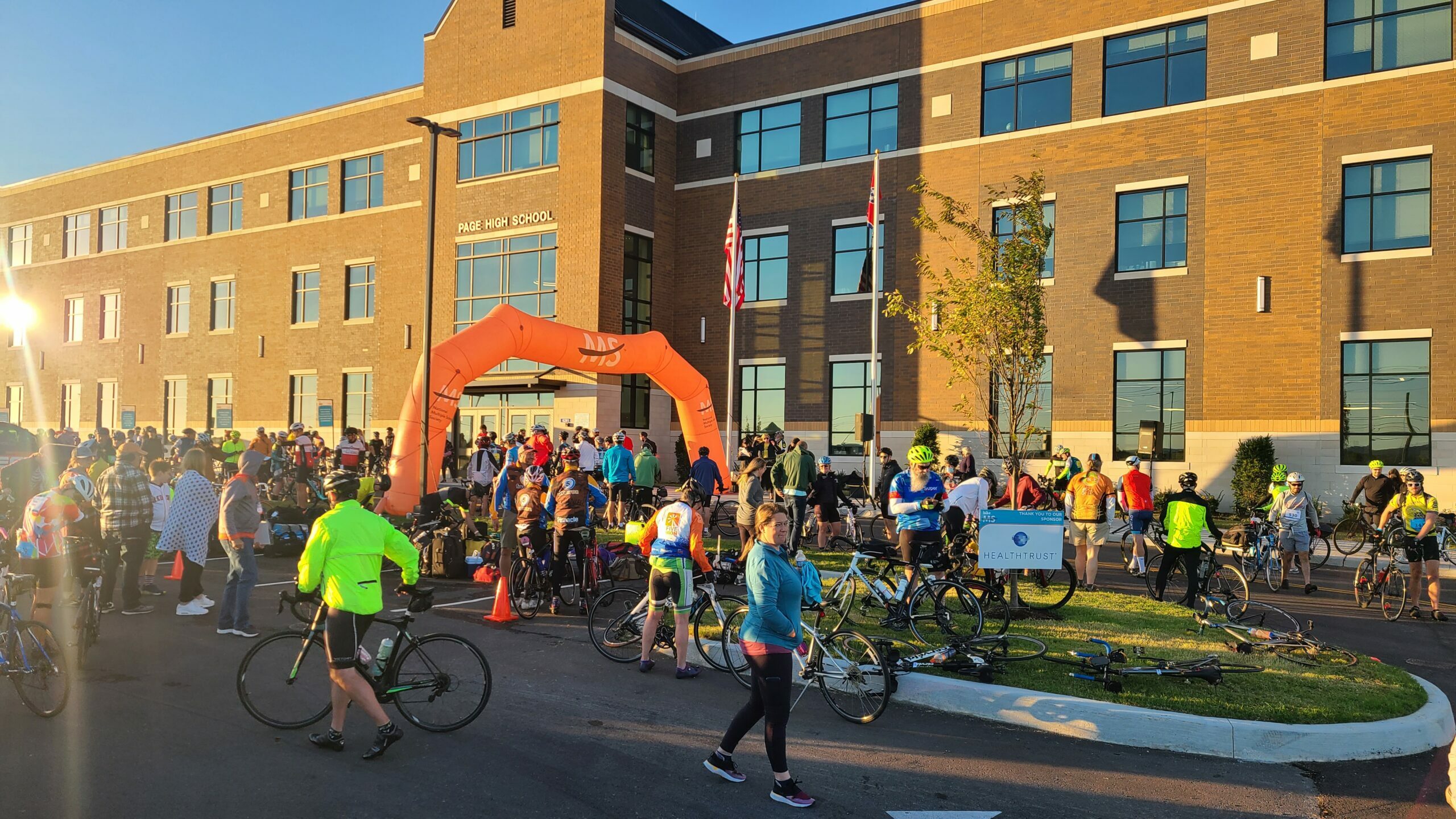 Over 25 radio amateurs including members of the Nashville Amateur Radio Club (NARC) along with partner amateurs from the Stones River Amateur Radio Club, Williamson County ARES, Middle Tennessee Amateur Radio Society, Bedford County Amateur Radio Society, and even one ham all the way from Kingsport, TN joined together on October 16 and 17 for the return of the Bike MS: Bike to Jack and Back ride. The Jack and Back ride is an annual two-day fundraising bike ride that benefits the National Multiple Sclerosis Society (NMSS). Amateurs provided communications support for NMSS staff as well as course safety throughout the 160 miles of bike routes that the participants pedaled across four counties between Franklin and Lynchburg, Tennessee. At the recognition ceremony at the Jack Daniel’s Distillery on Saturday evening, it was announced that Jack and Back 2021 raised the most ever in its history: over one million dollars!

NARC Event Coordinator, Adam W8IFG, was especially impressed with the great turnout of volunteers and the amount of preparation many of those put into making sure that the event ran smoothly. “It was a great and successful cooperative effort between several neighboring amateur radio groups,” he said. Repeater linking systems were deployed as well as portable repeaters and APRS tracking systems. “Mobile operators were able to respond quickly to assist disabled cyclists and net control operators coordinated with first responders for efficient dispatch of medical aid when needed,” said Dan W4WWF.

Nearly 400 cyclists hit the pavement on Saturday morning for the first day of the ride with only about half of those choosing to continue on the second day. NMSS staff expressed their deep appreciation for the tremendous volunteer support, and also awarded the 2021 Volunteer of the Year to fellow amateur “Filbert” K4MCD/SK, who had been a longtime contributor to the event before becoming a silent key earlier in 2021.