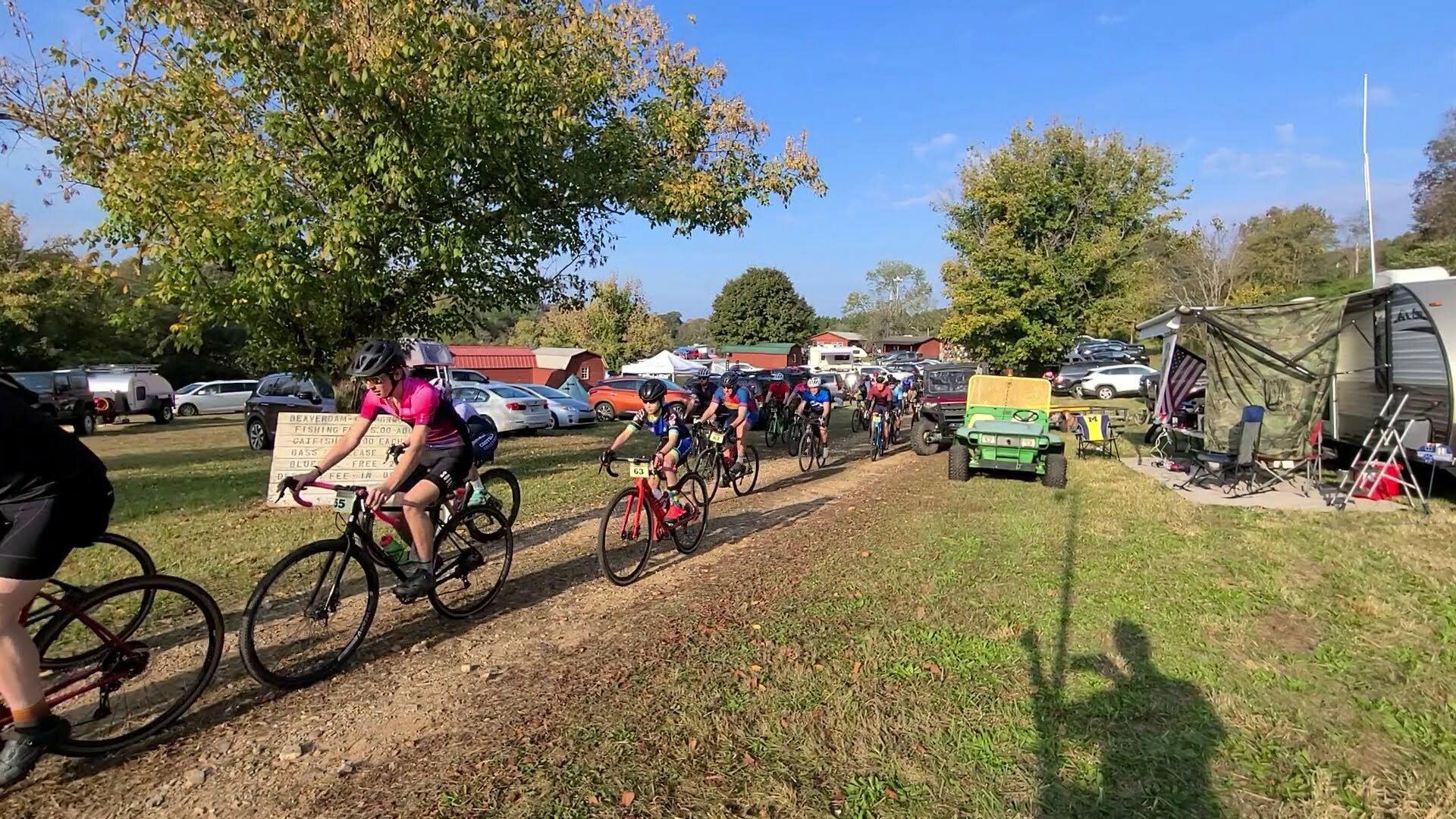 Quick on the heels of the annual Bike MS: Bike to Jack and Back ride came another sudden call for support for a fairly new charitable bike ride event, this time in Centerville, TN on October 24. The MOAB Bike Shop organizers for the 2nd Annual Gravel Revival were down to mere days before their ride through 60 miles of the most remote dirt and gravel roads in Hickman County, but were without any committed communications and course support. Club members Adam W8IFG and Dan W4WWF sprang into gear to partner with fellow amateurs from Rutherford and Cheatham counties to help out.

The team dispatched on Saturday to establish a base camp with Dan’s travel trailer camper, a portable repeater, mesh camera, and various off-road and rough terrain vehicles. A pizza party with live music and an epic bonfire after a picturesque sunset were enjoyed by the participants and volunteers before turning in for the night.

The main event kicked off at 9:00 Sunday morning when 200 cyclists were released onto the course to support the Tennessee State Parks Conservancy. KG4YFA and KU4B manned remote rest stop locations, while W8IFG, KN4BVA, and KJ4PUK roamed the course mobile and picked up disabled cyclists for transport back to the campground. W4WWF operated net control from the start/finish and K1KY provided technical support. With the majority of the courses taking place on narrow dirt and gravel roads, this event was unlike any other typical hard-surface road ride the radio team had participated in. Preston KN4BVA commented that he was happy to put his 4-wheel-drive truck to use in navigating the hilly terrain, slippery surfaces, and occasional mudholes and creek crossings, the latter of which he brushed off as a “carwash.” The lack of cell phone coverage in many extended stretches of the ride made communication by radio essential.

With the level of interest seen, the Gravel Revival promises to grow to even bigger proportions in the coming years.